Create A Must-Click Email Subject line — By Opening a Loop 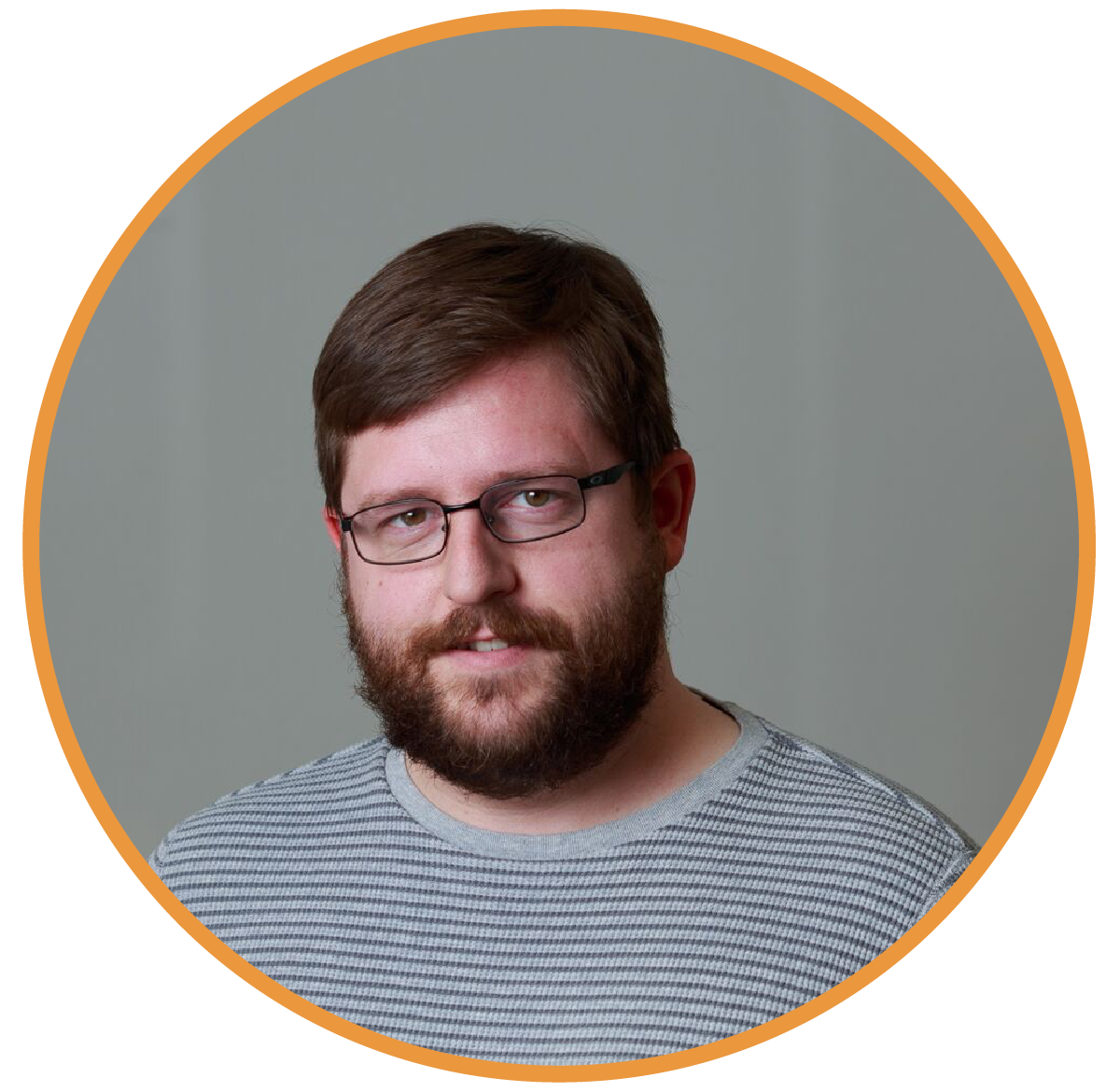 If you don't know what an open loop is, then the title of this very post just made one for you.

When you're writing the content for your campaigns, you'll probably find the open loop technique a reliable method of at least getting a click. Why?

Because of curiosity. You've told half a story and made the promise of the rest.

An open loop in copywriting is suggesting that there's something your reader really ought to know — but holding back the payoff.

Why Use Open Loops in Email Campaigns?

If you didn't know what an open loop is? Now you know. But the point I care about is you opened the article and, hopefully, are engaged enough to want to read onto the details.

In email marketing, the first barrier you have to breach is the resistance to even opening the email. In terms of content, you have three tools:

Use the subject line and the preview text to open a loop, and you'll see a lot more people opening your email. Because they want closure. Even if they don't think they really care about what you're talking about, the itch is still going to be there. Examples?

Someone's Checking You Out

This is a powerful one. Granted, once you've gotten one of these a week for a year you might stop caring, but you can still see how it would be effective.

Somebody's checking you out. LinkedIn could very well tell me who — but then I wouldn't click to open it, would I? Because I already know the important bit of information. Think the answer's even in the email itself? Oh no. They want you on their website.

I saw these performers a couple of years ago at the Edmonton Fringe Festival and clearly loved it enough to hop on their mailing list. Here, we've got a double open loop.

First, by saying "More than one tea show?" they're prompting some questions in my mind. I enjoyed their last tea-themed show — they're saying they've got two, now? It's hinting that they've something new, but also familiar. Since I liked the last one, and there's always value to novelty in entertainment, I'm interested.

As a bonus, their preview text cuts off at just the right point to make it worse for me. The amount that will get shown will vary with browser size — they may very well have written this as a complete sentence — but in terms of what I'm seeing here, I'm hearing that there's a "woeful mistake" that people make. I don't want to be one of those people who make a woeful mistake, but I don't know if I am or not unless I know what it is!

Quora has it good. They're a site based around questions (which are essentially, opening a loop) and answers (which close it). So if they can nail what you're interested in (which they have with me), they can send you intriguing, relatable questions that by the mere fact that Quora's sending them, imply that they've got the answers.

Or at least, that somebody has an answer. And half the fun of Quora is reading unexpected answers, even if you're not sure you fully trust them.

If you want to strip down the concept of opening loops in email subject lines, we're basically talking about questions and answers. There are two things you'll want to do to open an effective loop that will boost your email open rates.

The open loop technique, at its heart, creates a question in mind of the reader that the reader naturally wants to answer to close the loop. Satiating curiosity is a satisfying feeling, and knowing that is a powerful tool for you.

Your aim, then, is for your subject and preview text to get your reader doing the work of thinking about a question.

You might want to explicitly just write that question, but even more engaging is when your words do it for you without ever stating it. Let's say you sell cybersecurity. Maybe you'd previously be tempted to write something like:

Beat Hackers With the Best Cybersecurity On The Market

Sure, with any email, you'll get some opens. You'll create some questions. But is this really effective at creating curiosity? You've already given the answer. Now, if you get someone at the right time, in the right stage of their buyer's journey, at the right stage in your relationship with them, they might be receptive.

But let's take a look at what consciously opening a loop looks like. And let's do both a simple and more complex example.

What are hackers stealing from your manufacturing company?

While the first might be perfectly fine and get you better results than the original, the second does more work. Why?

From the perspective of a manufacturing business owner what do these two subjects have you thinking about?

The first might have someone asking themselves that very question. They might get put on the alert — especially if they've had a recent incident, But they might, cockily, immediately answer it with "nothing, we're secure."

The second, on the other hand?

In the second example, you're doing all the good things the first is doing, but you're positioning yourself as more informational, less confrontational. You're making a clear promise about the content of the email (the reader's getting five hard examples). And it probably comes off as less obviously salesy.

"Clickbait" is a disparaging term for shallow web content that crams the title full of enticing, juicy words in the name of getting that click at any cost — and then fails to follow through.

Don't do clickbait. A high email open rate is garbage without a strong follow through. And a strong website link click rate is also garbage if nobody takes the action you want on the site. If you don't get the action you want, the rest is pointless.

Whatever you write in your subject line and preview text, you must ensure that by the end of whatever process you want the reader to follow, they have been adequately informed according to your promise — at a reasonable pace. You can even start closing it right in the preview text.

An open loop is fine as long as you give someone the chance to close it. If you don't, they'll either stop caring — or they'll close it somewhere else.

While this technique will work well in many contexts, every company is different, and every email campaign is created for an express purpose. For instance, you wouldn't want to waste time thinking about opening a loop if your email is simply delivering a resource the reader has requested. You can rely on the fact that they asked for it for the open, and avoid potentially annoying them by not getting straight to the point.

Similarly, someone in a later stage of the buyer's journey will also just want you to be direct. You don't want to miss a sale because you're teasing answers they already know.

Use the open loop technique — but always consider your context, and always measure performance.

Why are your marketing campaigns failing? The solution starts with "how" and "where".

What To Do Next in Your Email Campaigns

Take this tool with you into future email campaigns. But before that, why not review your last few emails?

It could be you've already been using this technique without realizing it. If so, great! If not? You've got a great exercise to help you try this tool out right now. Even if you're not going to resend these emails to anyone anytime soon, it will be a fantastic way to get some immediate hands-on experience with it while it's fresh in your mind.

Give it a try! This could be just the technique you need to start increasing that open rate and converting more leads.

Give us a try, too! At Flawless Inbound, we apply neat little tricks like this every day — from our content marketing to our SEO to our sales optimization and automation. We've helped more than 80+ B2B companies attract and convert qualified leads. Let's do it for you. Contact us here, or learn more about our methods below. 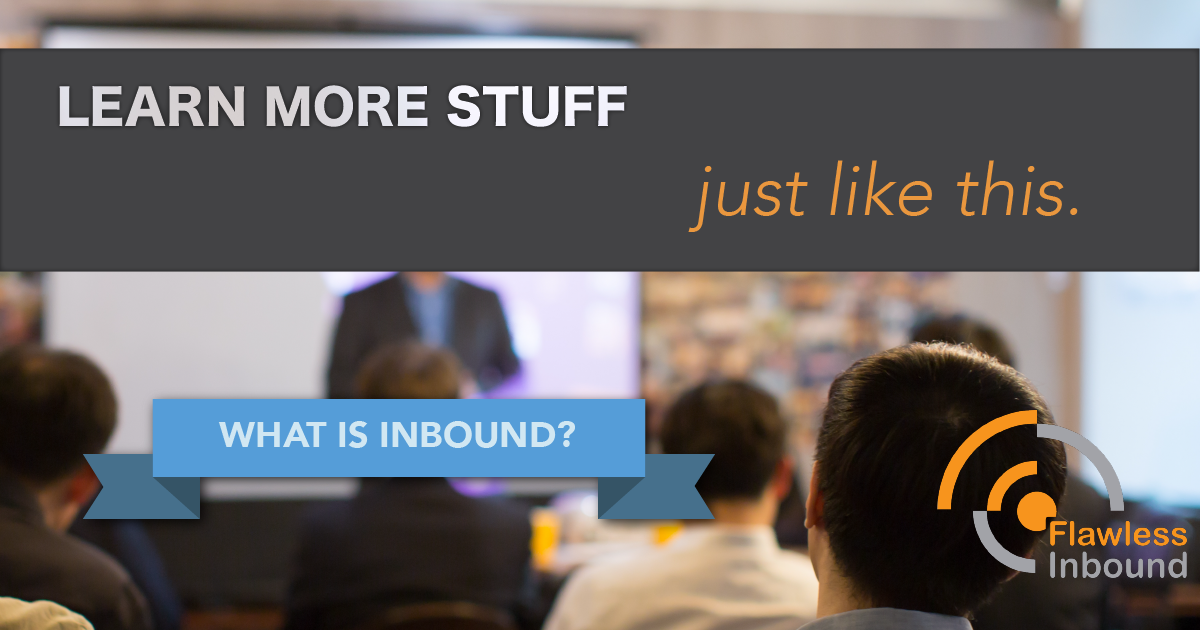